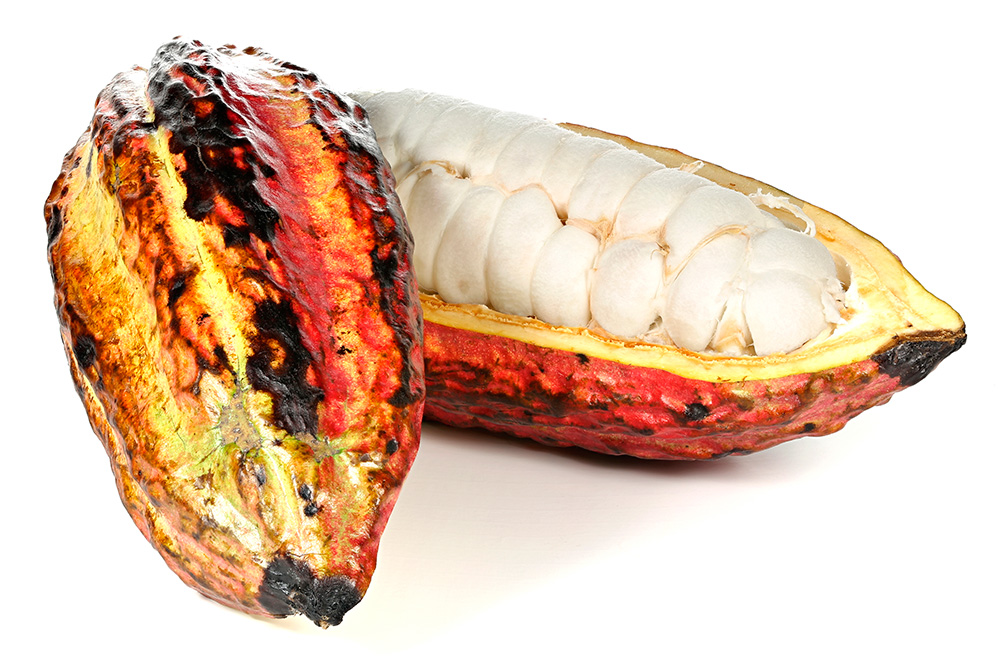 Habitat:  Cacao is a tropical plant that is indigenous to the Americas. Its history goes back to pre-Columbian days. It can be found in outheastern Mexico to the Amazon basin and foothills of the Andes.

Part Used: Normally, the seeds are harvested from the pods. Each pod has 20-60 seeds. The seeds are dried, fermented, and then roasted, and then made into food and beverages. Dark cacao is high in antioxidants and has many traditional medicinal as well as culinary uses. The seed-membranes, leaves, pod husks, and sometimes roots of the tree are also sometimes used.

Use: The main forms in which cacao is used are as a powder or butter.  The powder can be used in food or medicine and the butter is also used in cooking and as a carrier for herbs, not just for cacao powder but in topical treatments as well as boluses and suppositories because it liquefies at body temperature. The powder, of course, can be made into a beverage or superfood, but it loses most of its medicinal properties when combined with milk.

The primary medicinal properties of cacao are found in the dark nibs.  These are rich in antioxidants.  There are no known medicinal uses for white chocolate or milk chocolate.

Cacao is actually bitter though the pulp surrounding the seeds is a bit on the sweet side. The seeds have an endorphin-like effect and cacao is a stimulant and vasodilator.

Cacao butter is used in food and cosmetics as well as some medicinal preparations. It has a melting temperature of 34–38 °C (93–101 °F) and is therefore solid at room temperature but not when ingested or used as a binder or carrier for suppositories and boluses. Web sources say it is very stable and that it has a relatively long shelf life, but my experience is that it does become rancid so one needs to select the butter carefully.

It contains one-third oleic acid and another third stearic acid, one quarter palmitic acid, and 3% linoleic acid. There are small amounts of other fatty acids. The butter is separated from the nibs after fermentation by pressing the liquefied and fermented beans to remove the solids.

The main use we have for cacao butter is in making the herbal boluses described by Dr. John Christopher. It uses equal parts of the following eight powdered herbs:

For instructions, see the link below the photo gallery. 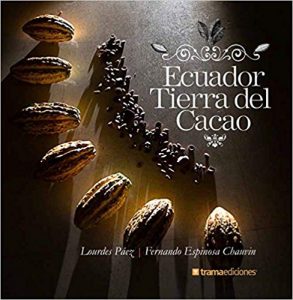 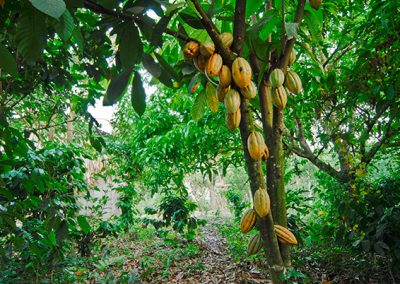 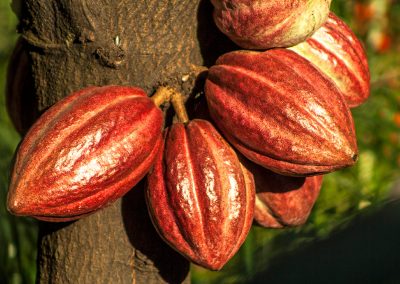 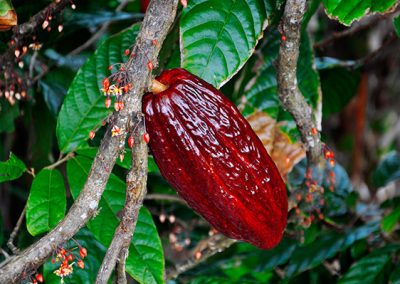 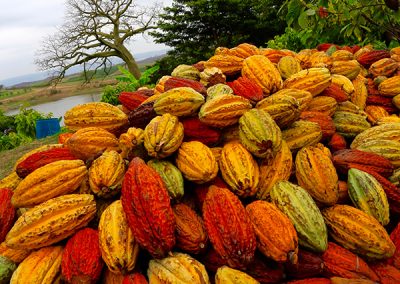 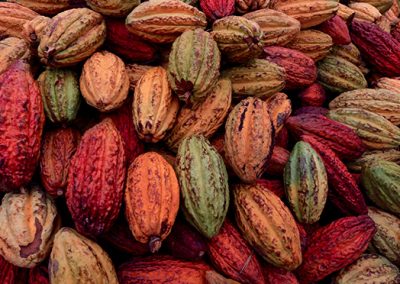 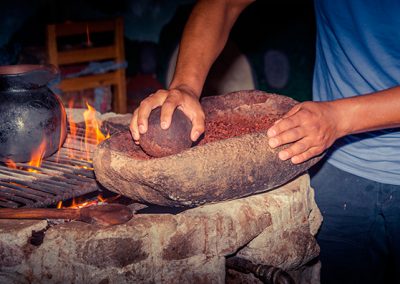 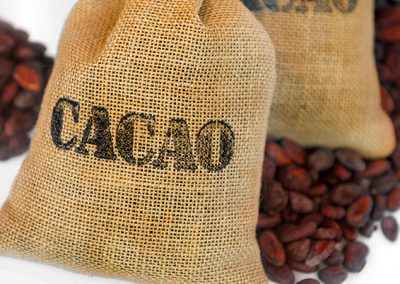 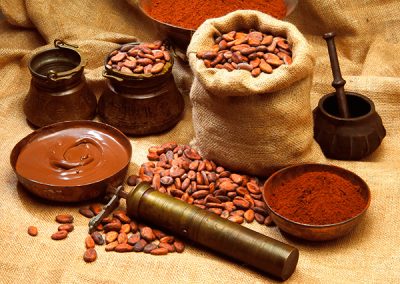 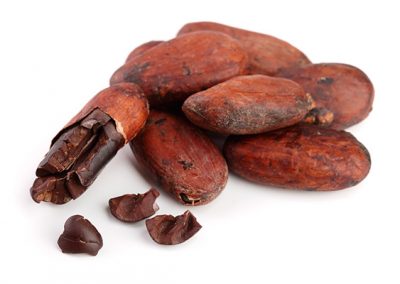 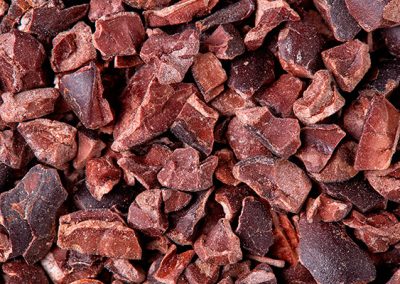 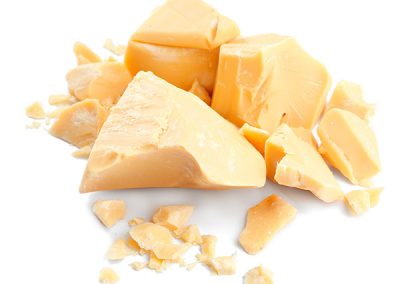 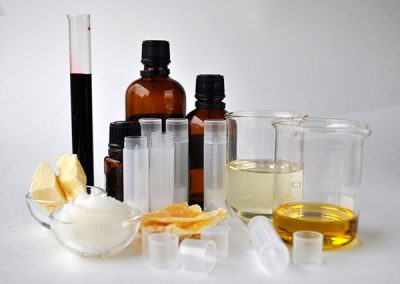 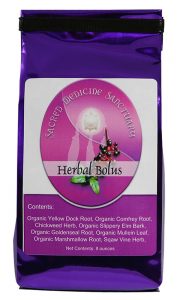 The bolus contains equal parts of eight herbs in powder form. These are blended into cocoa butter (theobroma oil from the cacao bean).  The butter melts at a low temperature so one can use an electric yoghurt maker, slow cooker, or double boiler, but the idea is not to cook the herbs but to melt the butter.  My preference is the yoghurt maker.

Instructions: When the cacao butter melts, remove it from the heat source and blend in the powders.  The consistency should be stiff but not crumbly.

One has a choice as to whether to make boluses or use in a syringe.  If making boluses, they can be rolled by handed and individually wrapped in wax paper and quickly refrigerated.  They can also be made in suppository molds or ice cube trays  but should be refrigerated, not frozen.

Step one: Melt the cocoa butter. Do not allow it to bubble or burn!

Step two: Stir in the powdered herbs a little at a time. Stop if the mixture becomes too stiff. If the mixture is too thin, add some turmeric powder. If it is too thick, add some more cocoa butter.

Step three: Allow the mixture to cool enough that you can handle it without burning yourself.

(1) Roll the mixture as if making a pie crust. Then slice it into narrow strips.

(2) Separate a little bit of the mixture as if making cookies, and roll each into something about the size of the last two sections of your baby finger, 2-3 inches long and approximately the same thickness as your smallest finger. 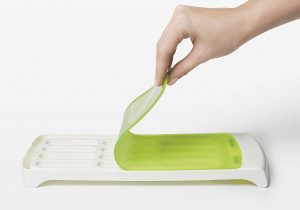 Step five:  If wrapping each bolus individually, they will will to be placed in the refrigerator very quickly, usually after 2-3 are wrapped. Use wax paper to wrap the boluses.

I generally find that I can only make 3-5 boluses before I have to put the finished ones into the refrigerator. It is good to know that if the boluses melt into little puddles on the table where you are working, they will dissolve and disburse in your body!  It they are too stiff, something went wrong and they aren’t going to melt in your body. In the countless years I have worked with these, only two people told me the boluses wouldn’t dissolve.

The 8-ounce package is enough to make about 60 boluses, a two-month supply.It depends on the size of the boluses whether you will end up with 20 or 100!

Most women continue the use for two months. A few, often those with a long history of Candida albicans or other infections of the reproductive system, continue for six months. Two or three women told me that itchiness due to candida increased a bit during the first days of use. Most women said that the boluses are extremely comfortable and are actually relaxing and soothing to the body.

It is a lot of fun to make the boluses if you have some friends over to help. It can be a substitute for an old-fashioned quilting or canning party.

The boluses can be used vaginally or rectally.  They should be inserted at night before going to bed. Panty liners can be used to protect bed linens. Douching (or enemas if used rectally) can be performed in the morning. Most patients tell me that there is no evidence of the herbs by morning. The body has therefore absorbed everything!