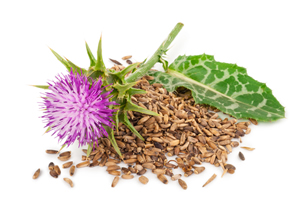 Essiac is the name of its discoverer backwards. Rene Caisse was a Canadian nurse who as fate would have it met the husband of a breast cancer patient who attributed her survival to four herbs used by the Ojibwa Indians to treat malignant conditions. Caisse took a serious interest in the treatment and observed that the herbs seemed to have a direct effect on the pancreas, reducing or eliminating the need for insulin among diabetic patients. Caisse theorized that some sort of deficiency caused abnormal glandular functioning that was corrected by her hypodermic use of the Ojibwa herbs.

Since Essiac is now a very well known treatment, it is important to point out that while Caisse did provide the herbs for oral use, most of her greatest success would seem to have involved the form of the herbs. They would obviously be more potent and fast-acting if administered in this way. Caisse actually felt quite strongly that this method of delivery was the only way to assure that the body could resist malignancy.

As with many who experience the frontiers of knowledge, Caisse speculated about what many to this day do not understand. She felt there was an undiscovered gland that was affected by Essiac, one that acts to inhibit the supply of the substances that nourish cancer cells. Everyone, even her strongest defenders, quick to point out that while no one has disproved her theory, no one has corroborated it either. This the four herbs that everyone agrees are the cornerstones of the Essiac formula are fairly well understood.

According to the providers of the best-known version of the formula, “all four herbs normalize body systems by purifying the blood, promoting cell repair, and aiding effective assimilation and elimination. When combined, their separate beneficial effects are synergistically enhanced.”

Burdock is the main herb in the formula adapted from the Ojibwa tradition. Interestingly, it is also a key herb in Hildegard of Bingen’s 12th century internal tonic for cancer. It is discussed in the appendix of my book where I point out that it remains to this day a highly controversial herb, prized by many as a diuretic and even as the main herb to prevent angiogenesis, the formation of auxiliary arteries that feed . If it is effective for this, it is a reasonable alternative to shark and the overharvesting of a species. Others disregard the herb to such an extent that it is omitted from some textbooks.

Burdock is actually a member of the daisy family. It is native to Europe but grows almost anywhere, obviously in the Great Lakes area where the nurse’s and the Ojibwa’s paths met. The Japanese, who call burdock “gobo” eat it as a sort of Zen austerity. The root is long and thin, sort of like a carrot without pigmentation. It is definitely Zen and bland tasting. The French prepare burdock like asparagus and some people prepare it as a potato substitute in soups, pancakes, and cutlets. It is one of the main ingredients in most grain coffees, certainly a reason for cancer patients who are concerned about caffeine and its effect on the pancreas and cancer to switch to grain coffee.

Burdock is easy to grow. I had lots of it in my garden in Cundiyo and ate the leaves and roots. It is the first year’s growth of the roots that used both for culinary and medicinal purposes. The root is harvested before the purple flowers open. Herbalists, who consider burdock to be a resolvent, use burdock primarily for uterine complaints and as a poultice to reduce swelling. The leaves, being quite bitter, have a stronger hypoglycemic action than the roots which are more mucilaginous.

Scientific studies in Germany (1967) and Japan (1986) concluded that burdock has powerful antifungal and antibacterial actions. It is such a good blood purifier that it can even be used with venomous bites. Unlike the Ojibwas and Caisse, most herbalists combine burdock with yellow dock and sarsaparilla . . . in which case it would have extremely valuable blood purifying actions. Even by itself, it is highly regarded as the herb of choice for conditions such as eczema.

I found a that sells the seeds of the Takinogawa variety which it states is the one that showed the antitumor effects in Japanese research.

Research on burdock is sparse but consistent. Hungarians found actions and the Japanese, who truly love this plant, have identified a that they named B-factor in of burdock. It is so powerful that it prevents cellular mutation in the absence of as well as presence metabolic activation.

So, we have at least 800 years of herbal medicine supporting the use of burdock. Burdock is in the Hoxsey formula that we have re-created . . . and I would like to go on record saying that I personally believe this formula to be significantly superior to Essiac, but it is also much more concentrated than a tea could ever be.

Slippery elm must be one of the most nourishing and protective herbs Nature has to offer. It is highly mucilaginous and soothing and is the primary ingredient in many Native American poultices, including the one used by Eli G. Jones, one of history’s greatest cancer specialists.

I have given a little slippery elm to dogs with gastrointestinal distress and recommended it for people who are convalescing and wish to enrich a hot porridge with something that is mildly medicinal and nourishing. It gives very fast relief for conditions and is truly remarkable in the manner in which it confers ease.

Though sheep’s sorrel can be found in most temperate zones, its medicinal uses were first learned from Native Americans. Like burdock, it is a diuretic and detoxifier. Also, as with other docks, it is has laxative properties, quite gentle, but nevertheless useful for detoxification of the gastrointestinal tract. In it contraindicated for people prone to forming kidney stones, perhaps because it is a rich source of trace minerals.

Rhubarb is an astringent herb with a major purging effect that is tolerable to most people though I personally far prefer other herbs. Nevertheless, it has a long history in China and many other parts of the world as a laxative and effective treatment for many gastrointestinal problems. Due to the tannins (which cause the astringency), this herb is constipating in small doses and laxative in higher doses. Therefore, a proper formula is needed to bring about the intended purging of the colon without cramping. It has been used extensively for the treatment of Candida albicans as well as bacterial infections, especially Staphylococcus aureus. Studies suggest that one of its primary constituents, rhein, safely reduces infections in the eliminatory system that contribute to inflammation.

The recipe in my book contains the four above-mentioned herbs that everyone agrees were part of the original formula plus kelp, red clover, blessed thistle, and watercress, herbs I was assured were also in the original Caisse remedy. The proportions remain a subject of enormous debate within the community of alleged cognoscenti.

When using Essiac, Caisse noted that often become harder at first and then they soften and disappear. My own experience with this formula is quite limited. I know many people who have used it, but I feel that while it makes an entirely reasonable adjunctive support to an adequate cancer treatment program, it is very far from constituting a standalone cure.