This fleshy plant is widely distributed in tropical countries. It is usually seen in wet areas with brackish water and can be found in rice fields. In the Philippines, it is mostly seen in Luzon provinces such as Ilocos and Laguna.  It is also used as an aquarium plant.  It is a very fast grower if there is sufficient moisture and light.

Bacopa is a major nootropic herb that has been used for centuries to improve memory.  In more recent times, it has been considered a cure for both attention deficit disorder and Alzheimer’s disease. It is considered to be a rasayana herb in Ayurvedic medicine which means it has antioxidant properties and promotes longevity.

In the Philippines, this herb is one of the ingredients of a memory-enhancing food supplement. The decoction of the plant is used as a diuretic. In Ayurveda, this herb is used in psychological and neurological situations such anxiety, depression, epilepsy, and psychosis as well as to relieve compression on nerves such as with sciatica or cervical nerve pain.

The anti-cancer potential of Bacopa monnieri was seen in a study done in 2015 wherein the ethanolic extract of dichloromethane (DCM) fraction of the plant showed an in vitro cytotoxic activity. The presence of cucurbitacins and betulinic acid may be the active ingredient responsible for this effect as it elicits strong anti-tumorigenic and anti-proliferative activity by inducing cell cycle arrest on human breast cancer cells.

It is currently used for brain tumors by Ayurvedic doctors.  Its action is believed to regenerate brain cells, a property attributed to a chemical constituent called bacosides.  It is also detoxifying and aids liver function.  Oils infused with brahmi are used to improve skin tone and promote hair growth.  It can be used to relieve asthma as well.  It is pacifying to both vata and kapha doshas.

Triterpenoid saponins known as bacosides are the key components of bacopa monnieri extract. Bacosides comprise a family of 12 known analogs. Novel saponins called bacopasides I–XII have been identified more recently. The alkaloids brahmine, nicotine, and herpestine have been catalogued, along with D-mannitol, apigenin, hersaponin, monnierasides I–III, cucurbitacins and plantainoside B. Compounds responsible for the pharmacological effects of bacopa include alkaloids, saponins, and sterols. Many active constituents – the alkaloids Brahmine and herpestine, saponins d-mannitol and hersaponin, acid A, and monnierin – were isolated in India over 40 years ago. Other active constituents have since been identified, including betulic acid, stigmastarol, beta-sitosterol, as well as numerous bacosides and bacopasaponins. The constituents responsible for Bacopa’s cognitive effects are bacoside A and B.

Parts of the Plants Used

Normally, the leaves are used as a food or medicine. They can be consumed raw, juiced, or cooked.  The flowers are also edible.

Bacopa is usually started from cuttings that are gently pressed into a soil mix, but it can also be grown from seeds.  It grows very fast and can be harvested by clipping the tops.  It is a perennial and will grow back quickly, allowing for harvesting about once a month. 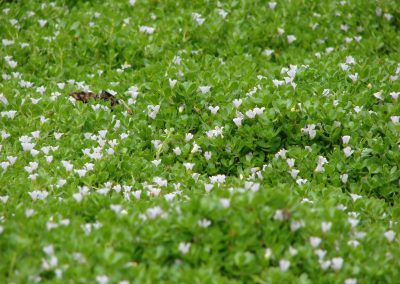 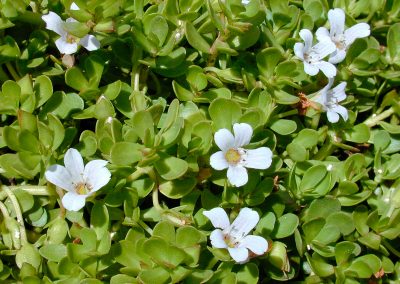 How to Grow Brahmi sag ( Bacopa monnieri ) easily at Home.